* This blog post is not intended as medical advice. Please see your doctor for that.

G1 and G2 suffer from allergic rhinitis. While we don’t really know what the allergen is, we suspect it is something in the air. Was there a link to the particularly bad haze seasons we suffered when they were little? Possibly.

After several visits to the ENT, it was concluded that they would require long-term use of a steroid nasal. On particularly bad days, G1 would need to top it up with an antihistamine pill. Thankfully, G2’s was manageable with the spray alone.

Long-term usage of any medication for a child has always troubled me but I didn’t see any way around it. The moment we tried to stop the medication, the sniffles would come back. The ENT was confident that this was a completely safe choice of action, and was comfortable for the boys to use the spray long-term.

Somewhat unconvinced, I did dig around a little and found that much of the literature concluded the same – that intranasal steroid sprays are safe for long-term use. It also appeared that steroid nasal sprays were the recommended first line of treatment rather than antihistamines.

All was fine until G1 and G2 started developing nosebleeds. At first, it was the occasional nosebleed. In recent times, I’ve noticed them becoming more and more frequent. We needed to find “alternative methods” to address their allergies and I remembered something from my childhood about Vitamin C.

When I was a child, I suffered from hay fever. I guess it ran in the family because both my brother and my father have it. It hit me after 3 years of living in Australia. One fine Spring day, I developed a runny nose that wouldn’t stop dripping and itchy, watery eyes. Subsequently, every Spring after, I had to take antihistamines to keep the symptoms at bay.

I never questioned the need to take antihistamines because I couldn’t live without them. I could go through a whole box of tissues in one day and still need more if I forgot to take my pill.

It wasn’t until I was in University that something changed. My parents had a habit of buying boxes of fruit from Victoria Market. That year, there was a particularly lovely crop of oranges that were so sweet and juicy that I was sometimes devouring as many as 6 to 8 oranges a day.

Okay, no need to comment that that was excessive. I know. But they were so GOOD!

That was also the year that my hay fever stopped. Both my Dad and brother (who didn’t consume oranges the way I did) got hit when hay fever season started but I didn’t. I wasn’t sure why at the time, but I wasn’t about to complain.

Well, I must admit that there are two possibilities that I could think of:

Since I don’t really want to wait around for the boys to outgrow their allergies, I figured we should try the Vitamin C option. Being water soluble, the body is able to get rid of any excess so Vitamin C toxicity is rare.

How does it work?

Vitamin C destroys the imidole ring of the histamine molecule, and an inverse relationship has been demonstrated between plasma vitamin C concentrations and blood histamine. – Journal of Evidence-Based Complementary & Alternative Medicine (March, 2011).

How much do we need?

The absorption of vitamin C is highly dependent on the amount ingested. To achieve tissue saturation of vitamin C requires more than 500 mg per day. More than 2 g can cause diarrhea. – Live Strong

We can also add foods that are high in Vitamin C to the diet, such as oranges, green peppers, mangoes, strawberries, cantaloupe, tomatoes, broccoli, cabbage, blueberries, and raspberries. 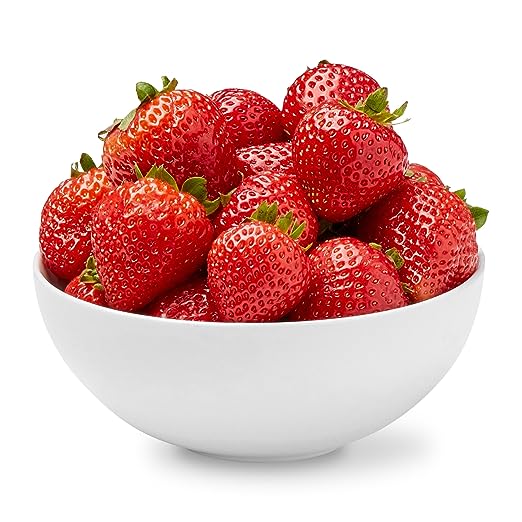