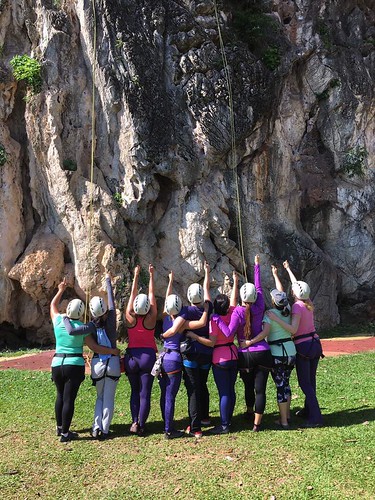 The return to Gua Damai saw the Babes working on a few more routes that brought back fond memories. 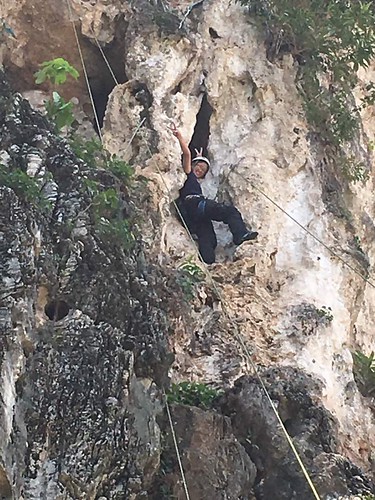 I always thought Redemption Song was the multipitch with a ledge, but according to the old topo of Damai, this is it. I remember the route well because I have an old picture of me standing in the cave at the anchor. Perhaps that was what inflated my confidence over this route. If I could climb it back in those early days of rock climbing, surely I could handle it again now. Evidently, my memory failed me because there was a bulge halfway up the wall that I struggled to get over until I had an “assist” from the belayer. 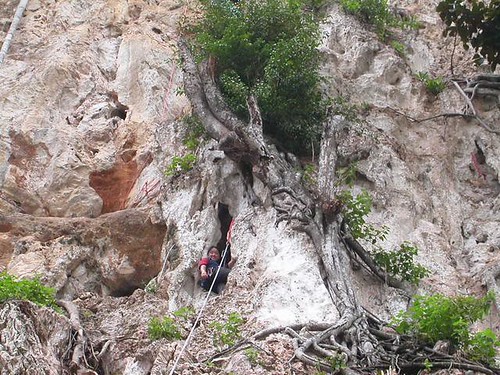 I’d like to tell myself I could have made it up there if I had only swallowed my pride on Permaisuri. 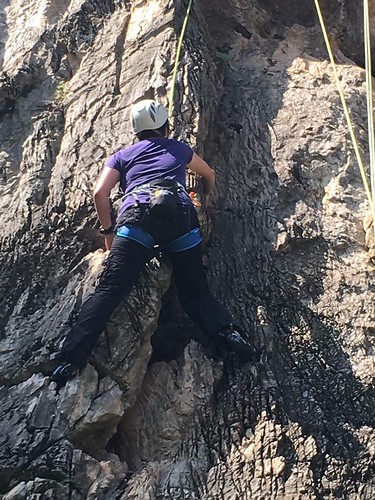 There are two ways to start the route and pride had me taking the more challenging path. 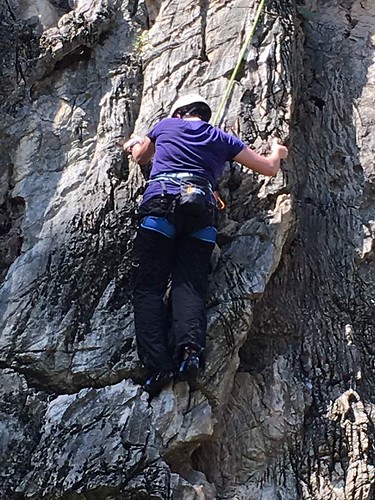 After failing to get past the crux, I ended up taking the easy path with my tail between my legs. 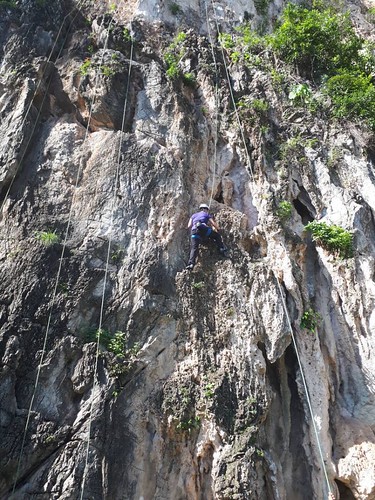 The rest of the route was easy enough – all the way up to the ledge where there is a nice bit of stemming. 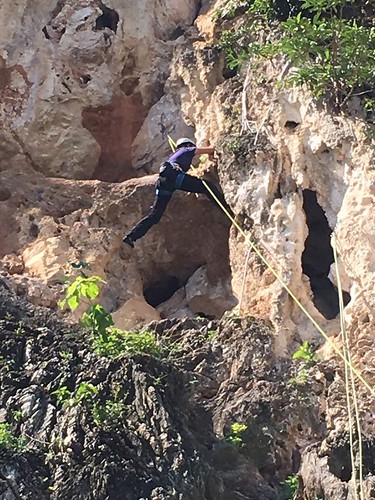 Four routes. That’s all I managed for the day and I was spent. It was terribly discouraging when I could remember a time when four routes was just the warm-up.

Ah well, we’ll be back again.