I stopped recording smoothie recipes ages ago because it had become more of a process of chucking in whatever I had on hand rather than following any specific recipe. Recently, someone gave us a lot of avocados and I’ve been trying to figure out how to use them up since the boys won’t eat them straight.

I don’t have exact quantities for this smoothie because it was one of those “bit of this and a bit of that” type smoothies but it tasted so good that I felt we had to make a note of it. For the benefit of the boys, you can’t taste the avocado at all, but it has all the creaminess of a milkshake.

No fancy pictures because I really hadn’t expected this to work out at all but this is what the end result looks like: 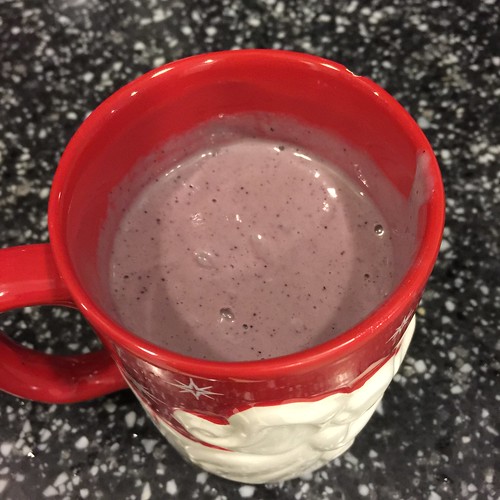