I finally had a chance to get on the Sky Trail in District 21! Unfortunately, I didn’t bring a camera or a GoldPro, so I didn’t get any pictures of the challenges, except for this video which a friend took for me:

The sky trail is one big loop of challenges with two short-cuts that allow you to get back to the home base more quickly. Since I wasn’t sure when I would ever get the chance to do this again, I was determined to make it all the way through.

According to the District 21 website, there are 23 challenges, but I honestly cannot remember half of them. The only ones that really made an impression on me were the ones I struggled with – like the tyres. There is something mentally unnerving to watch the two people ahead of me attempt the challenge only to bail halfway and take the shortcut passage home. By the time it was my turn, I had to question the wisdom of getting on. Then again, who knew when I was ever going to get another chance at this. If I didn’t at least attempt it now, it could be a whole other year before I got another chance at it.

The first thing to go wrong was that my shoe got stuck and I couldn’t pull my foot free to move forward. By the time I made it to the next tyre, my other shoe was stuck despite my best efforts to step with the finesse of an elf. I was more than halfway across when the tyre I was on started spinning around in a circle, tangling my safety rope. If I didn’t spin back, I couldn’t move forward because my safety rope would be snagged. So I waited for the tyre to complete its arc and return me back to the original position. Except it didn’t. It stopped moving and I was a like a boat caught in a dead calm unable to move forward or backward.

It’s funny how your brain stops thinking when you get scared. Even though I could have let go of the tyre completely and hang by the safety rope as I untangled myself, the thought never occurred to me while I was stuck in that predicament. After swiveling around for a bit, I managed to get enough momentum to swing back and move forward. There was a point when I considered backtracking except that I was more than halfway across and I would have less to cover if I continued moving forwards. 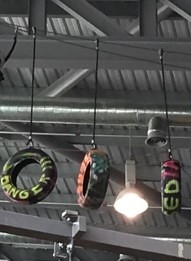 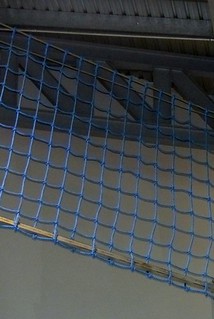 Now that I’ve ticked the Sky Trail box at District 21, it’s time to stretch the boundaries yet again and move on to the next target – the Extreme Challenge at SkyTrex. They say that fear keeps you alive. Well, I feel alive because I feel the fear. It feels incredibly empowering to face the fear, go through it and come out the other side.

“I will face my fear.
I will permit it to pass over me and through me.
And when it has gone past I will turn the inner eye to see its path.
Where the fear has gone there will be nothing. Only I will remain.” – Dune