Very near Wangsa Walk in Wangsa Maju, there is an asphalt walking trail with a very steep beginning that I have been meaning to try out for months. We finally did it and the experience was anti-climatic. So anti-climatic, in fact, that I am loathed to even call it a hike. 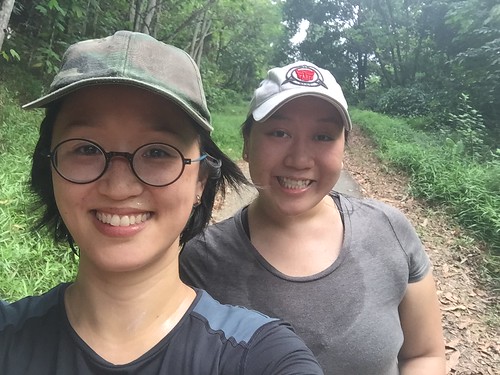 The trail was nice enough – we saw more flora and fauna than we had ever seen in any of our other hikes. They had heliconias and others flowers I don’t know the names of, a bee hive, a spider (as big as my hand), a squirrel, and a lizard (which I couldn’t photograph because it moved too quickly). We were also told that green tree snakes move around there so be careful if you plan to step off the trail. 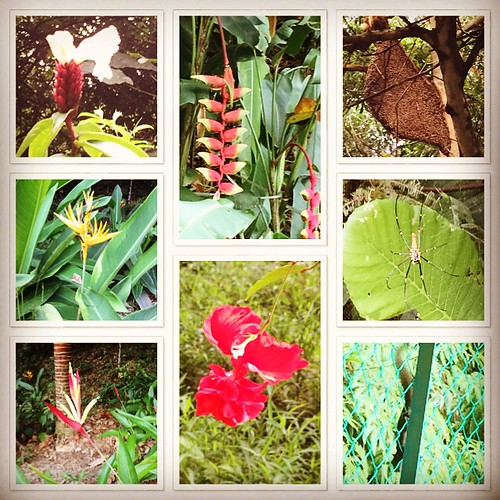 The most disappointing part of this trail was how short it was. Just as you are getting into the swing of things, the path has ended. Most of the people there were walking just for the exercise – they would walk up and down the trail several times before calling it a day. I suppose if you haven’t got a lot of time and you just want a hit of nature with some exercise to go with it, this trail will suffice. I can imagine it getting a little boring after a while, though.