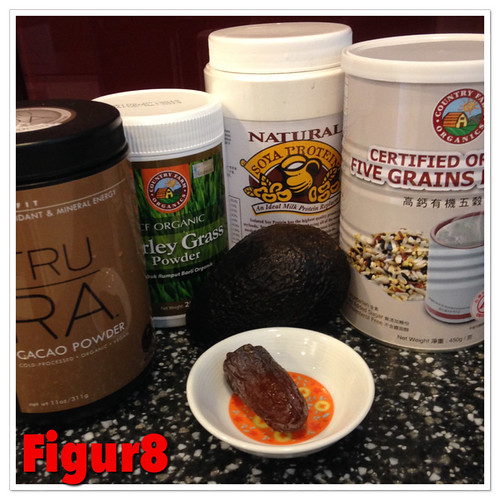 When it comes to nutrition, the information on soy seems controversial. It was once hailed as a superfood, but in recent times, it has been receiving some negative reviews. So what’s the low-down on soy? Is it good for us or not? After reviewing some of the arguments, my conclusion is this:

For a more detailed run-down, read on…

One common argument against soy is that it contains phytates which inhibit the absorption of certain minerals. Although this fact is true, it appears to be misconstrued. While soy does contain phytate and phytate does reduce our absorption of several minerals, soy is not a particularly exceptional source of phytate (Vegan Skeptic). Additionally, Dr Weil adds:

One article I read stated that soy is high in Omega-6 fatty acids and that we should avoid foods that are high in it. While too much Omega-6 fatty acids may not be good, we can’t do without it. It needs to be consumed through our diets because our body cannot produce it.

There are several different types of omega-6 fatty acids, and not all promote inflammation. Most omega-6 fatty acids in the diet come from vegetable oils, such as linoleic acid (LA). Be careful not to confuse this with alpha-linolenic acid (ALA), an omega-3 fatty acid. Linoleic acid is converted to gamma-linolenic acid (GLA) in the body. It is then further broken down to arachidonic acid (AA). GLA is found in several plant based oils, including evening primrose oil (EPO), borage oil, and black currant seed oil.

GLA may actually reduce inflammation. Much of the GLA taken as a supplement is converted to a substance called DGLA that fights inflammation. Having enough of certain nutrients in the body (including magnesium, zinc, and vitamins C, B3, and B6) helps promote the conversion of GLA to DGLA.

Omega-6 has been linked to beneficial effects for various health conditions.

Once again, we’re back to “everything in moderation”.

There is an argument that the reason why Asian populations do okay eating soy is because they consume fermented soy and only in small quantities. It is said that the amount of soy that Asians actually consume is something like 2 teaspoons. The example cited were the Japanese who consume soy sauce, tempeh and natto as condiments rather than as foundation meals.

Speaking as an Asian individual, this argument is flawed because the Chinese consume much higher quantities of soy and it is mostly NOT fermented. We eat tofu in our stir-fried dishes, in dim sum, and as a sweet dessert (tofu fah). We also drink soy bean milk – not the kind that is used as an alternative to milk. I think all this consumption qualifies for far more than the few teaspoons of fermented soy that Asians supposedly consume as part of a regular diet.

The argument here is that isoflavones bind to estrogen receptors and can have similar effects to estrogen. However, according to Dr Oz, its effect is not nearly as strong as animal-based estrogen and human estrogen is over 1000-times stronger.

Isoflavones also have non-hormonal effects on the body that are very positive. They help regulate cell growth, which actually safeguards against some cancers. They also play roles in regulating cholesterol levels (Dr Oz).

You don’t need to go mad adding soy into everything that you eat, but neither do you need to avoid it altogether. Common sense could have told us that.

One thought on “The Smoothie Breakfast…”