Went over to check out Nasa and crew on the right hand side and they let me try this 7A climb. The crux was in the first moves of the route and it was SO hard! I couldn’t even get up with all of them helping me. There were hardly any holds and the holds that were there were small crimps and not very positive at all.

One day, I am going to climb 7s. I know I promised myself that I would be on to 6Cs by year end and I’m still working the 6A/6Bs but I’ll be content if I’m attempting 6Cs by year end and comfortably climbing 6Bs. This is my target (despite half the year being gone).

This entry recorded my first attempt to climb “Stupid with Manners” on top rope. Somewhere between February and July the following year, I red-pointed it. By the time 2004 began, I still hadn’t nailed my first 6C. Ironically, I got my redpoint on my first 6C “Oxymoron” in two attempts. The first was a freepoint (clean on top rope), the second was the redpoint.

My dream began with the affirmation: “one day, I am going to climb 7s”. I set a goal for my first 6C for year end and even though I didn’t achieve it, I got my first 6C early in the following year and my first 7A shortly after that. I don’t even know where or how the sudden improvement came, but it did. It was like the moment I had decided that I was going to do this, the foundation for achieving that ultimate goal was set.

It seems ironic that I have so many rock climbing photos but I never took any when I was finally climbing 7s. Sadly, the only photos I have of me on a “7” are these three shots of “Stupid with Manners” and they’re crummy top rope shots! You’d think I’d have taken better photos and more of them… 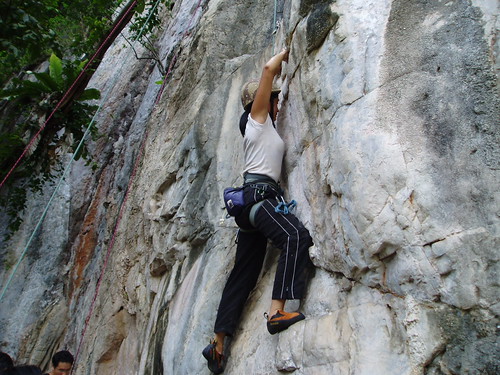 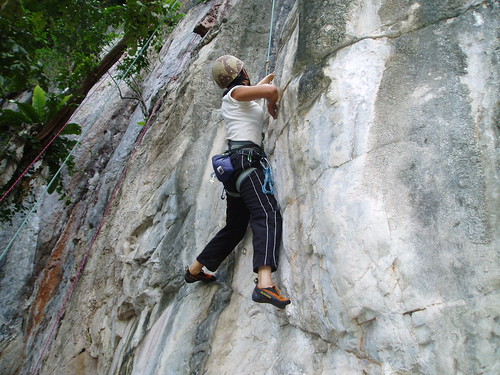 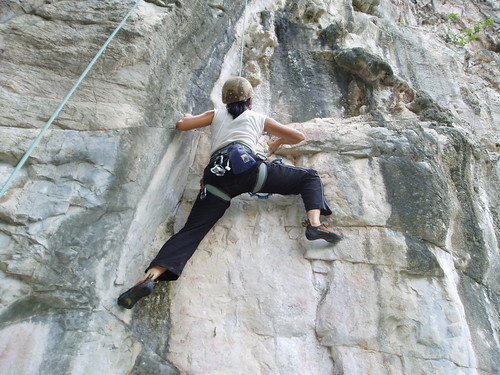 Topping out of the crux.