It was nearly a year (eleven months to be exact) before I made my next trip back to Red Rock. It is amazing what a year’s worth of climbing experience can do to you when you revisit an area that you once struggled to climb.

Digging through my old files, I noticed a document I had saved, labelled “Old Climbing Haunts”. When I opened it, there was nothing written in it except for the title “Return to Red Rock” so I presume I had intended to write about our little visit to Red Rock but never got around to it. I was working for the Toothpaste company by that stage so I figure that’s why I never got around to writing about it. Those were busier days with less time for my personal pursuits.

Nevertheless, I still managed to record a few memories from the trip on my trusty Olympus 400mu. I also distinctly recall that day because my warm up lead climb was on “Return of the Spotted Owl”, a 6A route that I struggled to top-rope during my first visit to Red Rock. I cleaned it easily on that trip and went on to lead “Sweet Child of Mine”, graded 6B/6B+.

“Sweet Child of Mine” was thus named because there is a section that requires you to hug a stalactite for dear life, somewhat reminiscent of hugging a dear child. Interesting route, although it requires some careful draw placements and rope clipping as you get past the stalactite so you don’t end up with your rope dragging on the rock surface.

I finished with a top rope on a route which I believe was called “The First Temptation”, but like all routes that I don’t lead, I never pay enough attention to their names to record the details accurately. There’s a possibility that the route might have been “Yen’s Route” rather than “The First Temptation”, I really cannot be certain.

Here are some photos taken during that trip. I believe it was one of the first trips when 5C Master (who was not called 5C Master at that stage) and Anne started to climb with the Rockrats. 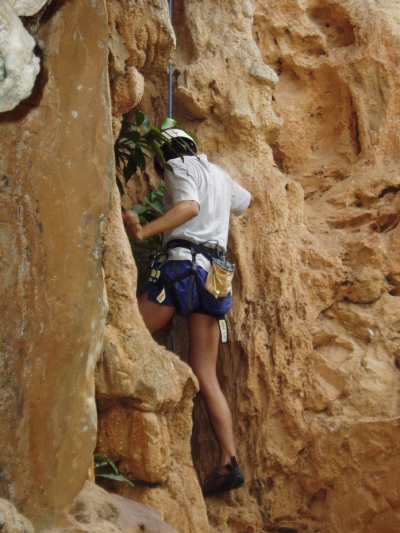 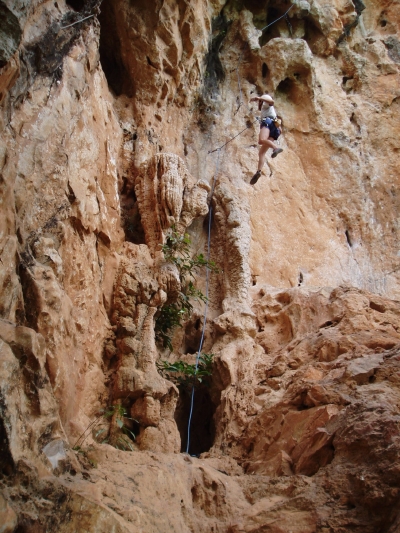 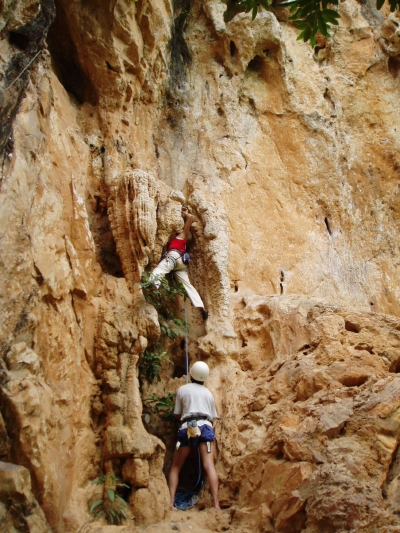 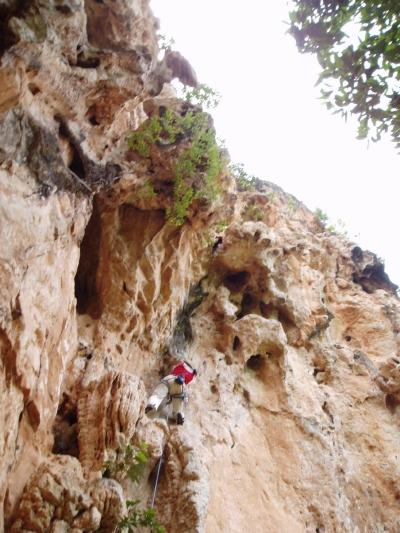 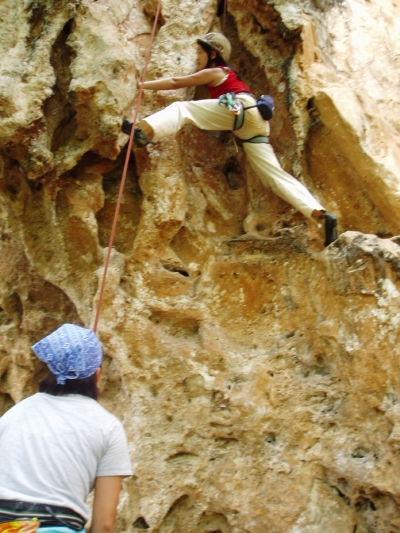 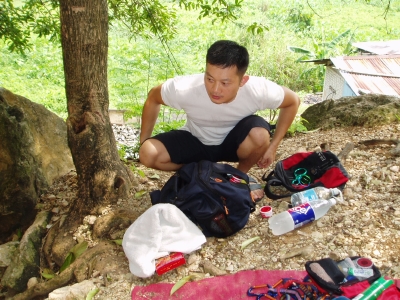 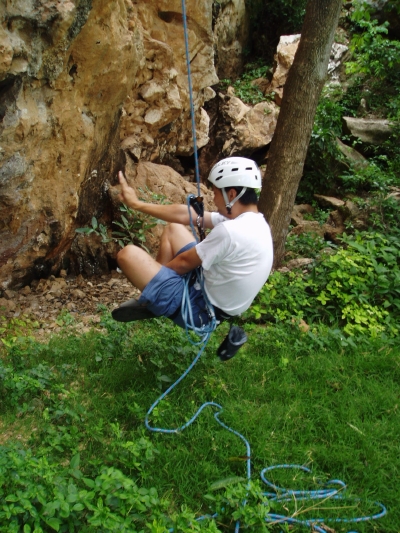